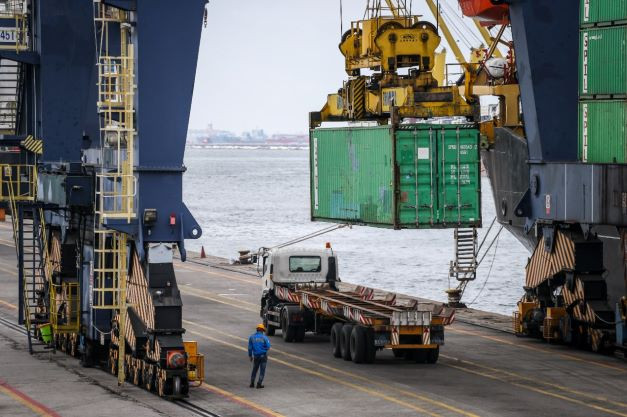 JAKARTA – The World Bank has said that new rules on investment brought about by the Job Creation Law should be complemented by trade policy reforms for Indonesia to attract more investment.

In a virtual press briefing on Tuesday, the institution explained that changes in trade policies were paramount to support the massive “investment diversion” to Southeast Asian countries as a result of the Russian invasion of Ukraine and pandemic-related disruption.

The World Bank noted that, as a risk management strategy to reduce dependence on a single country, investment that was previously focused on China had been diversified to other countries in the region.

However, their estimates found that the main beneficiary of this diversion was Vietnam and, to a lesser extent, Malaysia and Cambodia. Indonesia only benefited to a “low extent” from investment diversion.

“While Indonesia has implemented substantial reform of its investment regime, it is much less willing to reform its trade regime, and that, I think, is a problem,” World Bank East Asia and Pacific (EAP) chief economist Aaditya Mattoo said in the briefing.

The recent investment regulation reforms enacted by the government, such as through the Job Creation Law, significantly helped with what the World Bank termed “investment creation” in sectors deemed to hold ample growth potential, such as utilities, infrastructure and services.

However, to attract massive investment flowing out from China, particularly in manufacturing value chains, reforms in the trade regime were a must, the global financial institution said, citing as an example relaxed import rules to ensure firms could produce competitive export goods.

Investment Ministry data show that foreign direct investment (FDI) in the first half of the year was up 35.8 percent year-on-year (yoy) at Rp 310.4 trillion (US$20.3 billion), with the metal and metal goods industry attracting the lion’s share of 26.3 percent, followed by the mining sector at 11.2 percent.

“The more you strive to do everything within the country, the less you’re able to do anything competitively internationally,” Mattoo added.

Mattoo said that, while investment in the service sector of EAP countries like Indonesia had improved significantly, deeper reforms were needed to attract more funds into manufacturing.

To transition from middle-income to higher-income status, countries should adopt reforms to accommodate “new, dynamic technology” services, the World Bank economist said, while acknowledging the challenge of regulating this novel sector without inhibiting its growth.

Trade Ministry Policy Agency head Kasan Muhri said on Wednesday that the World Bank’s assessment was based on a comparison of Indonesia’s performance in trade and investment with that of other countries.

He explained that there was a reciprocal relationship between trade and investment, where trade policy could be used to attract more investment, while a conducive investment climate would accelerate trade flows.

“To reform trade policy, the government would consider a comprehensive assessment of the current situation,” Kasan told The Jakarta Post on Wednesday, adding: “Next week, I will meet [the World Bank’s] team, including Csilla [Lakatos].”

Several rules pertaining to trade were overhauled this year, such as through Trade Ministry regulations No. 8/2022 and No. 25/2022 aimed at simplifying procedures for exports and imports, respectively.

Legal consultant Fikri Selo said the so-called commodity balance introduced through Presidential Regulation No. 32/2022 ensured a whole-view assessment of trade arrangements and raw material supplies for industries based on data and information collected by the government on the consumption and production of commodities.

The Coordinating Economic Ministry determined on Sept. 20 that 19 commodities including rice, sugar, beef, salt and fishery goods were ready to be included in the national commodity balance system, up from five in 2021.

“More observation is needed to assess the effectiveness of the recently enacted regulations,” Fikri told the Post on Wednesday.

The goal of the reform, he added, should be to devise policies that support growth and derive more value from commodity industries.

“Economically speaking, we cannot detach ourselves from the global economic ecosystem,” Ajib told the Post on Wednesday.

However, a “natural consequence” of this was deterrence of foreign investors that preferred international agreements based on the ISDS mechanism, which would grant them a direct path to pursue damages against host states.

According to Article 10.18 of the RCEP, negotiations on ISDS must start within two years of the agreement’s entry into force and must be finished within three years of that date.

“Results of disputes [settled through SSDS] would only affect the national policy. Yes, it could mean changes in the existing regulations, and it will [be] costly for Indonesia” the LCITI explained to the Post, “but it will be [a smaller amount] than monetary damages in ISDS claims.”